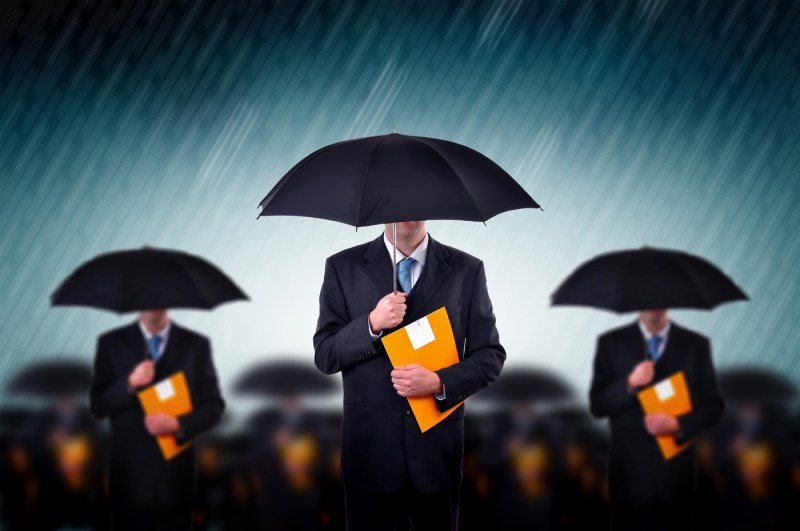 Peter Kuske Being in self employed business since aged 17 in many manufacturing industries including Tyre Manufacturing, along with Tyre distribution in the UK. Late 2010 saw the move into web design and hosting, while going into semi early retirement. During this time a youtube account was established and website dedicated to UFO and other space and earth issues.
During the period of 2013 - 2014 he unluckily came across what can only described as a gang on youtube whos only goal is to harass and bully other channels, from what appears just for kicks. Never bothered to much until one day out the blue, he came across a user who was considered to be the big mouth of the bully team. This user had a little touch of ruffled feathers when his lies were exposed and this is then when together with his little team of behind the scenes, THEY orchestrated a planned "Blackmail" and chance to blackmail Peter Kuske OFF youtube, How did they go about this? They had been spending days online rifling through private pictures and videos looking for kids pictures, and anything with which they could use, What they found and used was what shows the level of depths these Group of sick individuals use, and indeed even got excited by.

Little kids (toddlers ages 6  & 3 ) playing in the private swimming pool and on the beach, and on videos on the speedboat over in Mallorca Spain, during there holiday. armed with these and finding business names and addresses. They launched there attack.
Front house made many videos night after night, in what was so sick, it made the Mother "ILL" for 2 weeks. The demands were so sick including even commenting just how cute the little blonde boy is! This was followed with the demand. "GET OF THERE YOUTUBE" or they will pass and share these all around to all there likeminded sick friends. He confirmed the identity with the blonde hair and knowing full name etc. so was genuine.

During this time NOT 1 of these scum, and his gang did nothing but get wet with excitement and encourage the Logan Lippincott lead to show more and the kids, They then was stopped only by getting in touch with the Police and the lead Logan sickos Partner-Boss, who was advised in Simple terms that this is and will NOT be tolerated. At this stage he had only shown on videos, businesses and Peter Kuske face and full name address and such.
Worries on this were, the initial blackmail was to shut down the youtube accounts. BUT? where would this go, knowing Peter Kuske has money. Would the next step be ask for Money? If the channel had of shut and he went away, what would be next MONEY? or what?

The decision was that this is NOT a position anyone else should be in, Police in Haltom City Texas USA were advised of Lippincott and the gang . But seemed to shrug it off as a nothing, they did say they wanted the Chris Lippincott individual but seems to have 2 identities and thanked for the updates, but no prosecutions would be made for the blackmail as in there state its not illegal, and prefer to go with more important issues they had with this Logan Lippincott-Lippencott regarding thefts and drug issues.

The Problem was left and no more blackmails followed. However they was watched closely, was this just a one off? we had heard of other channels this same gang had indeed been snooping behind them, a BP earthwatch a big youtube user, had his wife and family facebook rifled and these were shown and links to his personal page given out. This user had close his facebooks, and his wife also had to wonder just what stuff the sicko gang had still grabbed.

This gave a big alarm call !! WHY is youtube doing nothing? This is sick beyond belief, this on Kuske was NOT just a one off thing, these are sick criminal individuals. This was 2014..

Things went calm as after Pete exposing and standing up to these,what can only be described as the dregs of society, and after showing documented, what they did, the gang scrambled and dispersed rapidly, then 2015 arrived.

2015 something of great concern came to light. a youtube user "sangstar" was shouting he found a paedophile connection with some faceclub group and a user in New Zealand but was silenced from speaking as a restraining order "GAG" order, was placed on him. So That Story kind of stopped.  But it got to connecting the dots and warning signs appeared, this was recurring theme, kids,private info, lies and slander and shouting on videos to get there chosen victim to close and shut down there youtube channel. or else again. 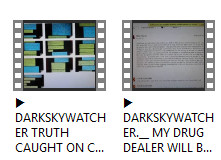 The Pace took a upturn in 2016 with a user darkskywatcher74, a family man. with a large youtube channel, this user upset them as he would NOT shut down his channel, and stood firm.
The gang located his ex wife, and over a long period with live chats and videos ruined his reputation and caused his kids to be removed from the home, due to false allegations of drugs in the house and ongoing slander. Peter Kuske stood up then "SOMEBODY" had to !!  This was getting sick and NOBODY else was doing anything. So we helped by using our facts and evidence to back up the fact he was being deliberately hounded etc,, all on record on youtuberats and cyberwarnings ..

2016 again saw the same gang with new additions to the what they call the TROLL team, the number have increased but the same old routine applies. users targeted were a Matthew Rogers, who had a disabled kid
which they constantly took the piss out of ! they used his picture in joke silly videos, and gave him so many threats and abuse, he closed his account.
Then came a Scott Cone, and a Steve Olson, both hounded day after day with threats of injury and even going so far as to place there private faces behind bars as criminals. In there sick jokes. day after day. All the time the behind the scenes what we can call the masters, do this using the excuse of Planet X  Nibiru being the cover, This is just a cover story. The World is on the brink of WW3, financial collapse is at the door, The worlds in a mess, so the idea of some planet which will either whizz by or hit the sun, is a small worry to most. YET they say they are against channels covering the subject, assuming all make thousands from them, thats FALSE many do not even monetize.

Captures show one of the biggest Planet X  Nibiru promoters on the subject, and they do NOT say a word, he earns from the subject and sells books and dvd´s NOT a word. NO harassing.
So the Nibiru excuse is just that a excuse. To cover the real actions of the gang mentality.

2017 The latest target a Scott Cone, has been labelled as a child beater! They found a police record of his which showed this, except one small snag. It was "CLEARLY" stated as no harm, and yet they conveniently omitted that part. As it did not serve the purpose. The real facts were the only place this was shown, was in arresting officers notes..
The Trial actually found it to be NOT as she had said. But NEVER has the no harm bit been told, by them. He has had death threats and abuse due to this, fortunately he is a fighter and stands up to them, which makes him a target everyday.

IMPORTANT UPDATE!
A Innocent Physicist, who had been helping Scott at Nibiru Planet X channel .. she helped with research HAS today been SACKED as they believed the lies the gang had told her employers!

CHECK OUT TESTIMONIAL on Peter Kuske from another victim of the Youtube Gang. 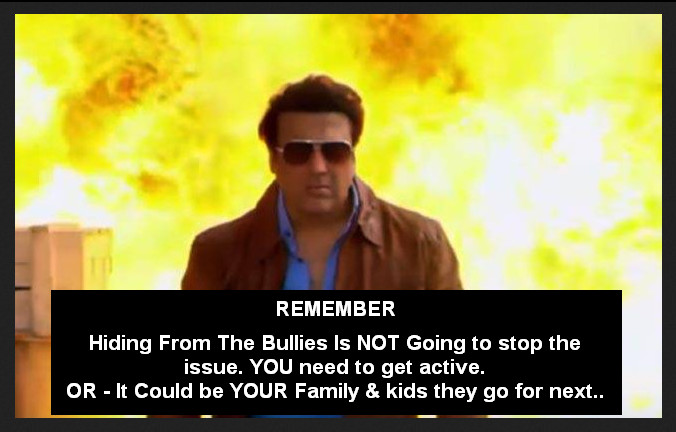 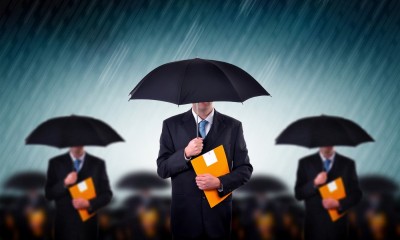 Peter Kuske Being in self employed business since aged 17 in many manufacturing industries including Tyre Manufacturing, along with Tyre distribution in the UK. Late 2010 saw the move into web design and hosting, while going into semi early retirement. During this time a youtube account was established and website dedicated to UFO and other space... 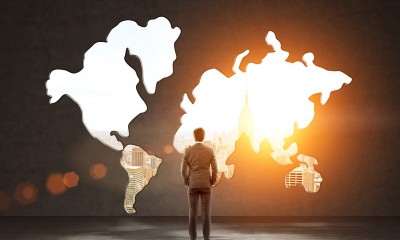 Now they feel strong enough in numbers and power that they can slander and try and tarnish Peter Kuske, no doubt with twisted facts and lies and untruths, as this is how they roll. And so we need to ensure the truth is told. People need to STAND Together to stop them and warn others. Hence the websites Susan made to defend Peter and warn others, ... 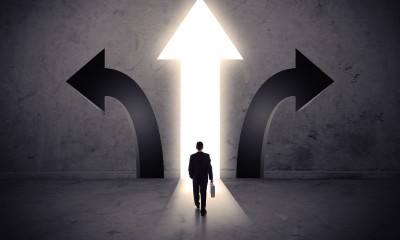 The small earnings from youtube videos accumulated over 6 months, was used not for Peter Kuske but used for the HELP of a lonely old spinster, who needed help. Her car had failed to start so Pete helped. From this he ended up back at her home and was shocked when she was living in a terrible state, to old and unable to fix lighting but spent her ...